A disclaimer before continuing: We will go over how to build and tests iOS apps in device without the need for an Apple Developer account. If you already have and pay for a Developer account, the process is similar to get apps running in device, but there are better options (like TestFlight) available for your case.

To make this work, we need the following:

I assume you already managed to build your game for iOS, and now you are left with an .xcodeproj file and no idea what to do next.

Let’s open Xcode. You can do it by opening the Unity-iPhone.xcodeproj file Unity created as part of your build.

After following the login process, the Accounts tab should now contain your Apple ID, and unless you have a payed Apple Developer account, the only listed team should be your name (or the Apple ID name) followed by “(Personal Team)”. This is your “free” auto-generated Apple Developer Team. 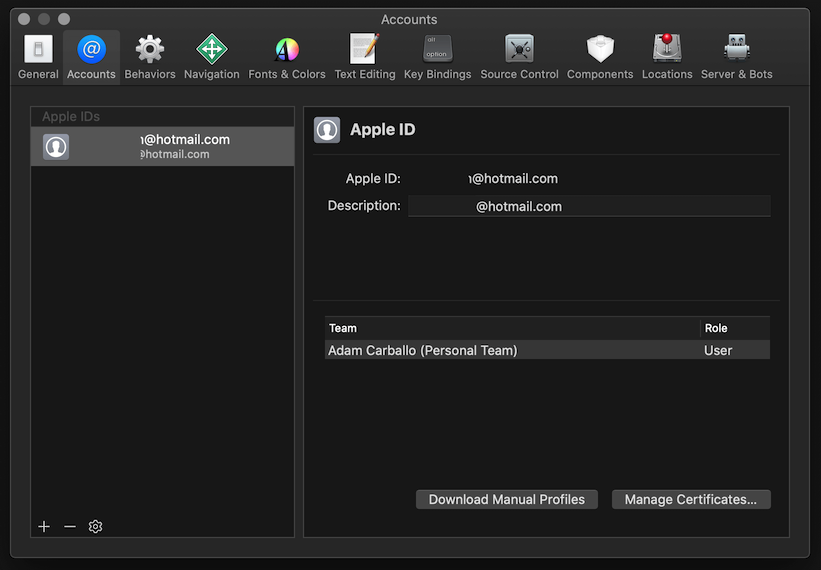 Time to certify the built app and install it on the device.

Done! We now have the Xcode project signed and certified using our personal team. We can now run the build and deploy the game to the device.

Make sure the device you want to use is connected directly to the computer or configured to support network deployment. Click the play button to start deploying the build. Keep in mind your device must remain unlocked during the process.

Once the deployment is complete, your game should show up on your device like any other app. 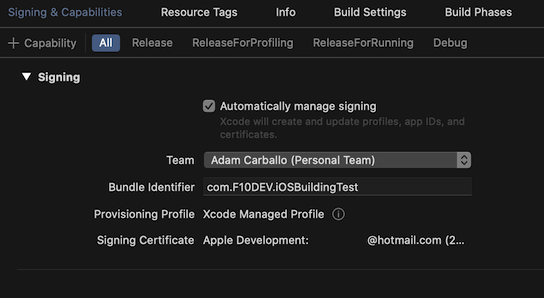 If the app doesn’t open, or you get a warning regarding “Untrusted Developer”, you must tell your device to trust your Apple ID’s certificate. On the device, go to Settings > General > Device Management > Developer App > (your game's name) and trust your certificate.

Also, if your app randomly stops working after a while (and you didn’t program some time-related stuff wrongly) your certificate probably expired. Personal team certificate apps have a limit of 7 days, after which they will stop working, and require a new build to keep working.